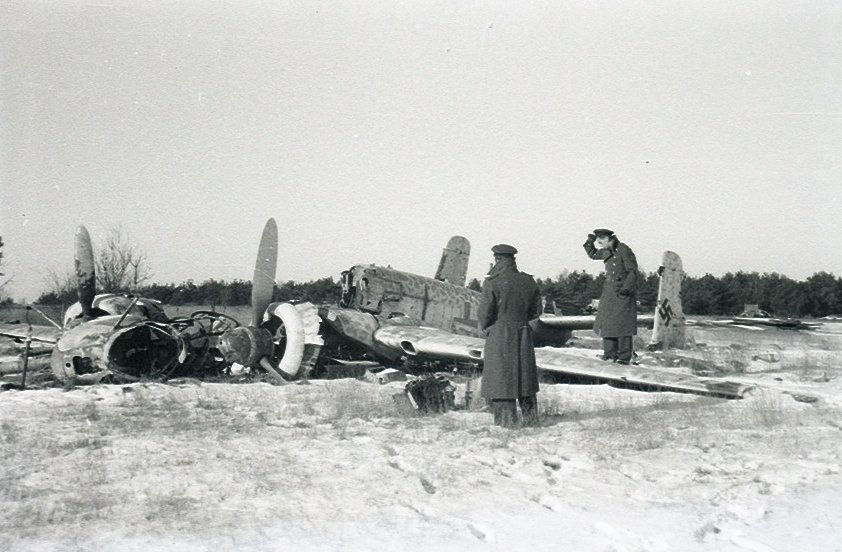 In this talk, copiously illustrated and with some bizarre artefacts, Peter Harrison describes spending sixteen days clearing his parents’ home in Cumbria during 2010. Both the late surgeon and his wife had great powers of accumulation! Three years later a box containing a forgotten archive of more than six hundred monochrome negatives of Occupied Germany in 1947 was discovered. This Spring, exactly seventy years after the photographs were originally taken these have been combined with the young doctor’s diary and published as “The Medical Officer’s Diary RAF Lüneburg 1947”. Reviewed and featured in national magazines the book is now available worldwide.

The Diary is written with the observational skill of a young surgeon who was later to write for The Lancet. Astute clinical description was made almost daily and sudden death common. These entries combined with domestic and dietary minutiae make for sometimes compulsive reading. The Black Market’s attractions are thoroughly explored.

The presentation has already been made at a variety of historical and literary venues and is now booking into 2019. No fees or expenses are charged but sums arising and royalties from book sales go to the Royal Air Force Benevolent Fund who support the project.

Archivist and author Peter Harrison now enjoys retirement as a volunteer guide at Eastbourne’s Napoleonic Redoubt Fortress. His recherché talk “Lockups and Latrines” enjoys good audiences from residents and visitors. In an earlier life he was proud to represent our flag carrying airline at events in the South East.

This talk is free thanks to funding received from the Heritage Lottery Fund but places are limited to please book in advance via EventBrite to avoid disappointment.

Your ticket for the: FREE TALK: Peter Harrison “The Surgeon’s Cat and the Apothecary’s Rose”