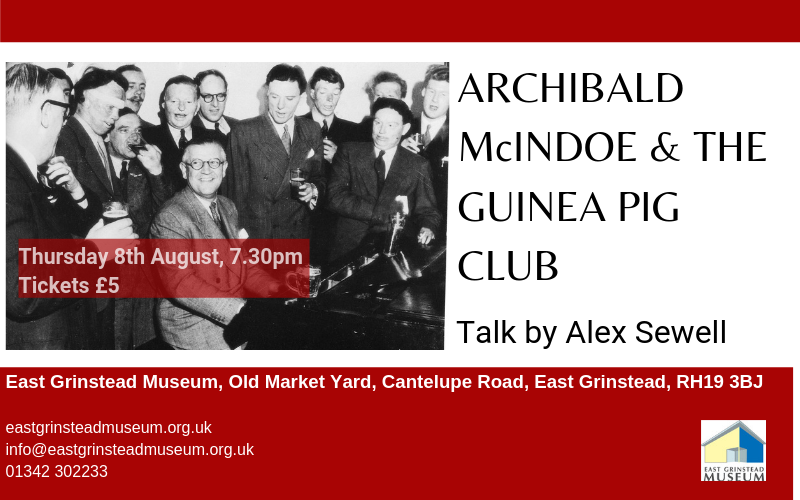 Due to high demand, the talk is now fully booked. We will be holding another talk in March 2020 – please keep an eye on the website for details.

Sir Archibald McIndoe was based at the Queen Victoria Hospital, East Grinstead, during W.W.II. An eminent plastic surgeon he pioneered techniques in plastic surgery rebuilding the bodies of the airmen who had suffered horrific burns. These men formed a club called the Guinea Pig Club and their story is commemorated in an exhibition at East Grinstead Museum.

McIndoe not only rebuilt the airmen’s bodies but gave them hope and helped then heal mentally. The town of East Grinstead played its part by welcoming these men and taking the recovering airmen to their hearts and became known as “The town that didn’t stare.

Alex Sewell is a volunteer speaker and delivers a highly interesting talk with lots of photos and audio clips bringing the McIndoe story alive. His talk has received many favourable reviews and one society recently said the presentation had been the best  they had seen in a long time.

Please come along to the East Grinstead Museum and enjoy what promises to be a fascinating talk – 7.30.pm. Thursday 8th August 2019. Book your place on the Museum website.

Your ticket for the: Sold Out – Museum Talk: Archibald McIndoe and the Guinea Pig Club, by Alex Sewell