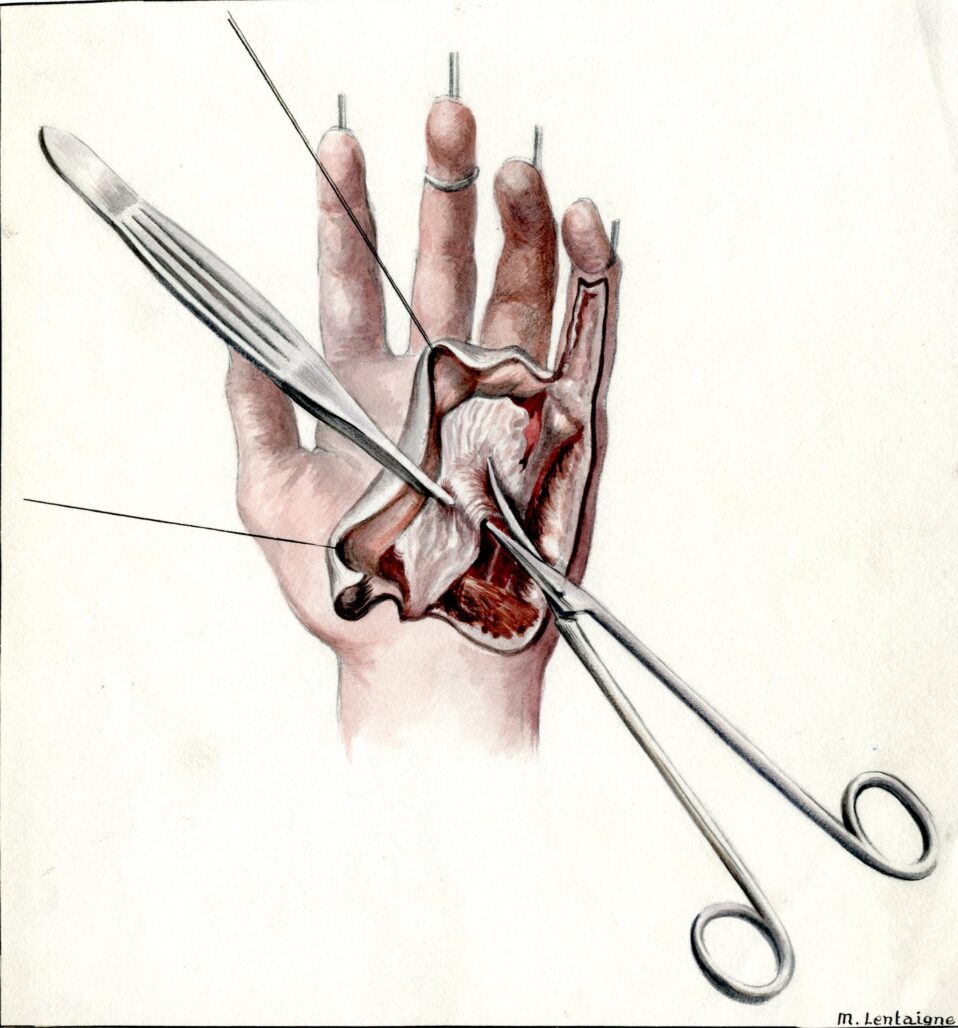 This talk provides an art historian’s perspective on the documentary and artistic work done by women employed as surgical artists in plastic reconstruction wards during the Second World War. Mollie Lentaigne worked with the famed surgeon Archibald McIndoe at the Queen Victoria Hospital in East Grinstead. Her contemporary, Diana ‘Dickie’ Orpen, carried out similar work in the reconstructive ward at Hill End Hospital in St Albans. This talk will expand on what is typically considered ‘women’s work’ on the home front during the Second World War, focusing on the artistic, physical, and intellectual labour that these women had to perform in their roles. But in addition to this wider context, this lecture will explore the personal stories of these two extraordinary women, including how they became surgical illustrators, what the job was like for them, and what they did after the war.

Christine Slobogin has recently completed her PhD at Birkbeck, University of London. Her thesis research—which lies at the disciplinary intersection of art history and the medical humanities—focuses on Dickie Orpen’s Second World War surgical drawings. She is now a Wellcome Trust ISSF Researcher at Birkbeck, developing research on Second World War plastic surgery photography and British nationalism of the 1940s. Her broader research interests include feminist art history, trauma studies, archive theory, the history of emotions, and histories of humour. She is also the Newsletter Editor for the society Historians of British Art, and author of the blog Morbid Art History.

Tickets are £5, plus the Eventbrite handling fee.