THE ARRIVAL OF McINDOE

The Arrival of McIndoe

In the late 1930s the government was making plans on how to deal with casualties from the increasingly inevitable war. They were particularly concerned that there would be large numbers of burns casualties from aerial combat and air raids. The Queen Victoria Hospital was to become one of four specialist Emergency Medical Service units to deal with the casualties. The new hospital site had space to build extra wooden army huts and three new wards were built:

Ward I - for dental and jaw injuries with a separate Dental hut as a base for surgery and treatment.
Ward II - for women and children, most of whom were air raid casualties or who had inherited conditions that the London hospitals did not have capacity to deal with.
Ward III - for officers and the most severely burned and injured service personnel.

On 4 September 1939, a Mr Archibald McIndoe, civilian Plastic Surgeon to the Royal Air Force, arrived to run the new Centre for Plastic and Jaw Surgery. 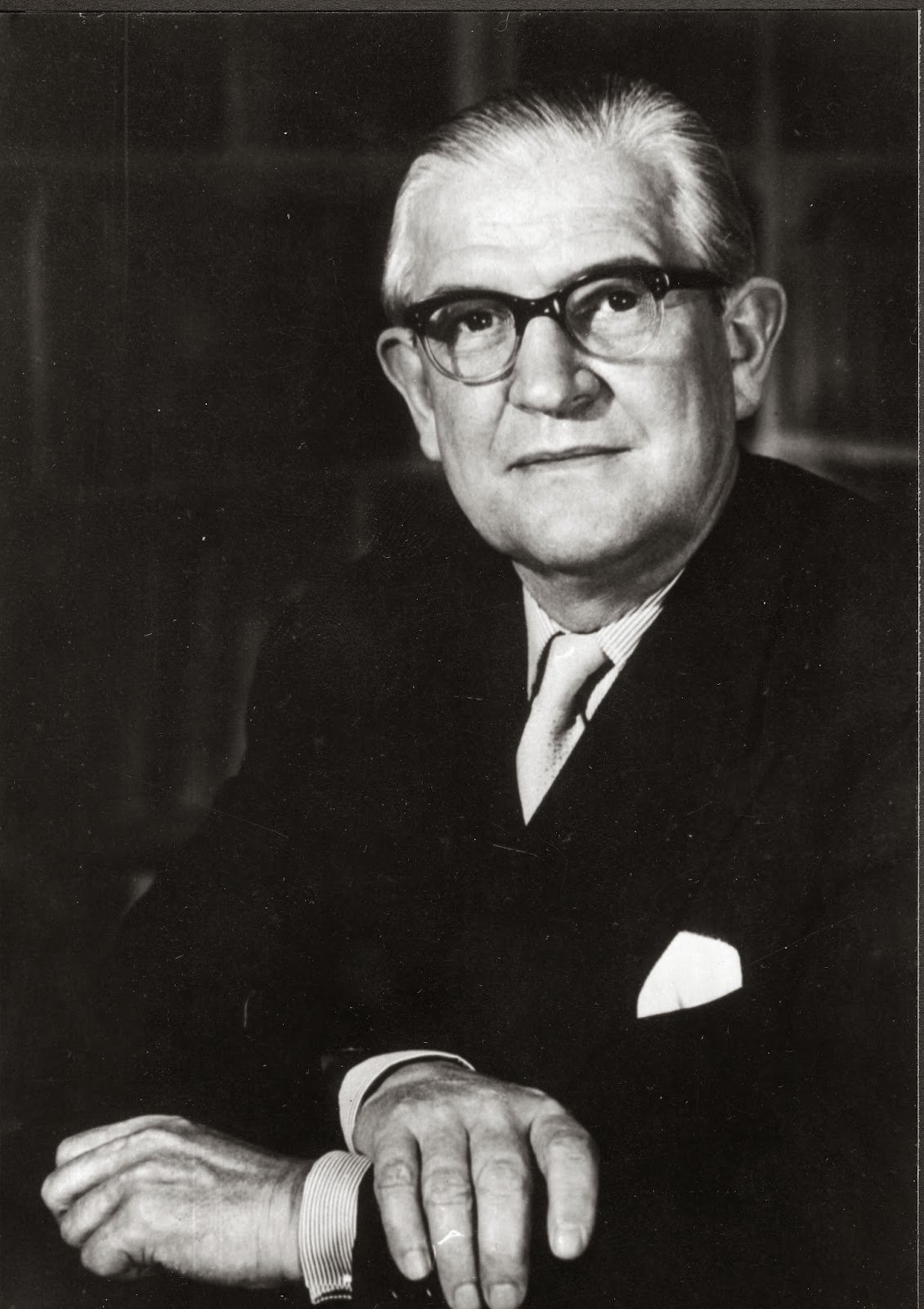 Archibald McIndoe was a New Zealand surgeon who, through his pioneering work at the Centre for Plastic and Jaw Surgery at the Queen Victoria Hospital East Grinstead, reconstructed the faces and hands of the severely burnt Allied Aircrew of the Second World War.

4 May 1900
Born in Dunedin, New Zealand, McIndoe was the son of successful printer John McIndoe and singer and artist Mabel Hill

1939
Arrived at the Queen Victoria Hospital, East Grinstead, and founded the Centre for Plastic and Jaw surgery

1939 – 1945
McIndoe and his team treated thousands of men, women and children who suffered burns and similar injuries. He pioneered medical techniques which went on to underpin the future treatment of burns across the world. He also recognised the importance of the social rehabilitation of his patients 649 Allied Aircrew who went through his operating theatre went on to form The Guinea Pig Club

11 April 1960
Died in London aged 59. McIndoe is the only civilian to have his ashes interred at St Clements Danes Church, the RAF church, in London

March 1961
The Blond McIndoe Centre opened at the Queen Victoria Hospital, East Grinstead. Latterly known as the Blond McIndoe Research Foundation, the research continued into advancing the science of healing

Throughout his time at East Grinstead McIndoe was supported by an able medical and nursing team. When he arrived in 1939 he brought with him the key members of his operating theatre staff.

McIndoe and Mullins had a close working relationship. Margaret Chadd who worked at the hospital at the time remembers, “She could anticipate every move that her boss would make in the theatre, so close was their teamwork - words were not needed - it was amazing to watch.”

Hunter, who refused to wear a surgical mask or cap for fear of looking like a ‘continental chef’, is immortalised in the Guinea Pig anthem as ‘running the gasworks.’ Before each operation the good humoured Hunter would make a bet with the Guinea Pig that if he was sick after coming round then he would buy him a beer. 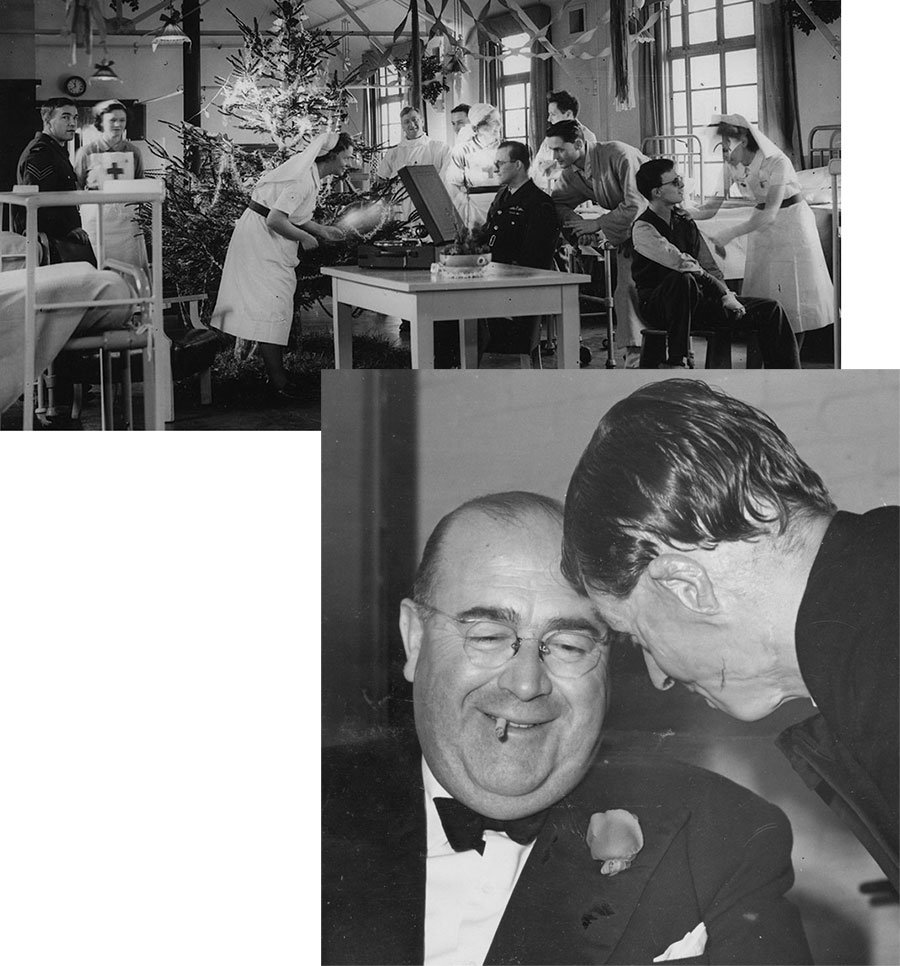 Around the hospital McIndoe relied upon a team of staff to maintain his approach to care:

Matron Hall oversaw the hospital’s nursing staff. The Guinea Pigs had great affection for her particularly as she “has a talent for turning a blind eye” to their exploits. Nonetheless Hall and her nurses gained the respect of their patients, as Richard Hillary remembers, there was no difference in their care of the privileged Battle of Britain pilots and the less well turned out Bomber Command aircrew.

Sister Meally was in charge of the Guinea Pig ward throughout the war. She was known for her gentle but skilful care which was particularly appreciated by the men as they came out of the operating theatre. Her humour and good spirit meant that some Guinea Pigs felt that, “returning to Ward III is a little like returning home.”

Tilley had spent time with plastic surgeons in Canada but he perfected his surgical techniques by shadowing McIndoe. The two men quickly developed a strong working relationship. Tilley oversaw the building, and later running, of the hospital’s new Canadian Wing which opened in 1944.

Captain Tilley depended on the caring and generous Matron Jackson for the care of the Canadian Guinea Pigs. Jackson’s remit extended beyond medical care of the men as she remembers, “… we went out socially with them and got them out as soon as we could, going down to the pub, going into town. We worked very hard on the psychological aspects.”

Your ticket for the: THE ARRIVAL OF McINDOE

THE ARRIVAL OF McINDOE